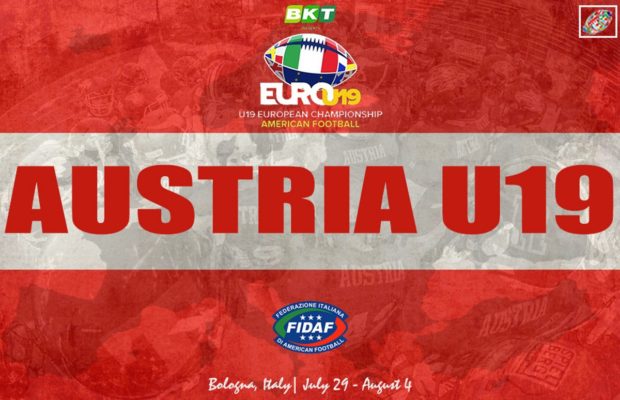 The four-time champions, Team Austria, have wound up their final training camp, and are on their way to compete in the IFAF 2019 U19 European Championships in Bologna, Italy, July 29 – August 4,.

The Austrian national team has not lost a game to a European team since 2008 when Austria earned fifth place in the tournament. Since then, Team Austria has won four straight titles. Coach Floredo and his staff have whittled the roster down to the final 45 players who will start play on Monday, July 29 when they face Team Spain at Arcoveggio Stadium in Bologna.

The 45 man roster is dominated by four clubs with the Dacia Vienna Vikings having the most players on the team with 11. Behind them, the Swarco Raiders have nine players on the roster , the Danube Dragons eight and Graz Giants seven. They are followed in order by the Modling Rangers who have three, the Traun Steelsharks with two and with one each are the Salzburg Ducks, Pinzgau Celtics, Carinthian Lions and Hohenems Blue Devils. 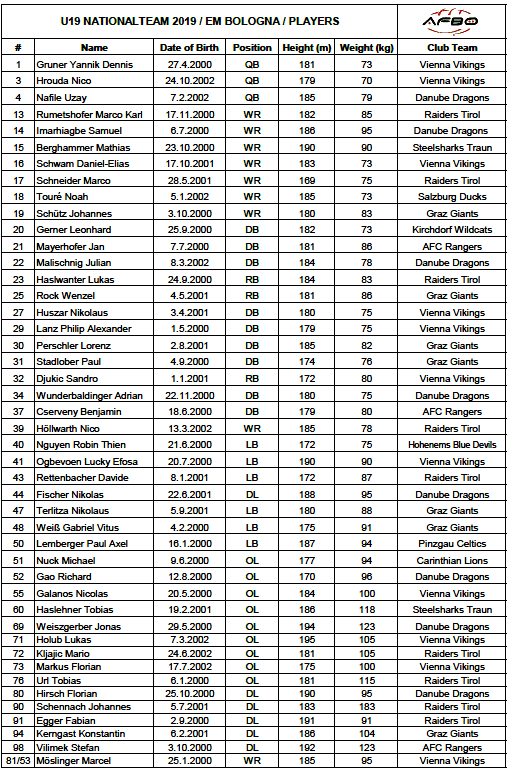 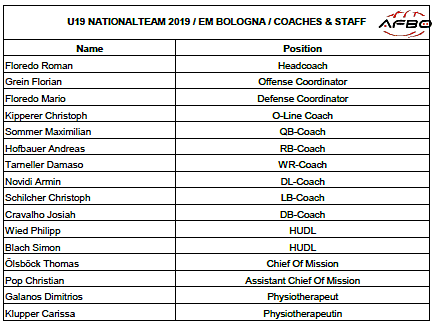