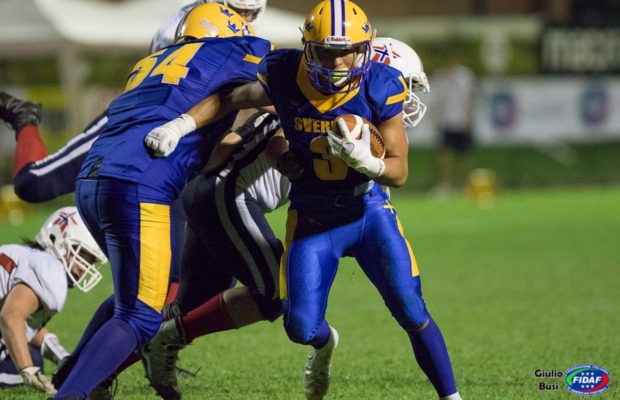 Team Sweden made big plays when they had to to defeat Norway 20-7 to advance to the semifinals of the IFAF 2019 U19 European Championships Monday night at C.S. Bernardi Stadium in Bologna.

The Swedes jumped out to a 13-0 lead early in the second quarter and looked to have the situation well in hand but Norway had other plans and a late score in the first half put them back in the ball game. That was as close as Norway would come however as Sweden added a late score to come away with the win.

Swedish quarterback Viktor Ekberg was solid and with a canon for an arm completed 22 of 42 passes for 237 yards and all three touchdowns with Victor Wikstrom his main target. The sure handed Wikstrom caught eight passes for 123 yards. Alexander Nesic hauled in six passes for 81 yards and two touchdowns while Knut Wachtmeister had four catches for 40 yards. Rikard Carlsson caught four passes for 28 yards and a touchdown. Victor Cimrell led all rushers with 35 yards rushing.

Sweden took control of the game early and looked poised to dominate the Norwegians. Ekbergmarched Sweden on their first possession on an eight play, 73 yard drive, finishing it with a seven yard touchdown pass to Carlsson to give the Swedes a 7-0 lead. 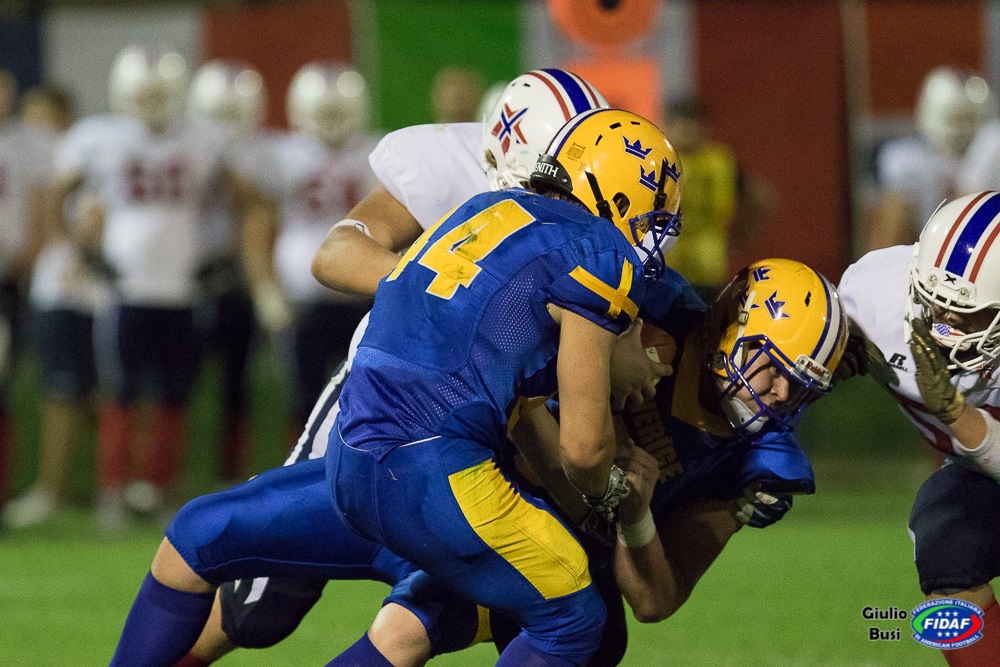 The closest Norway came in the first quarter was after recovering a Cimrell fumble at the Swedish 37 yard line. Myhrer fumbled the ball back to Sweden two plays later.

Sweden capitalized on another Norwegian fumble early in the second quarter with the Swedes still leading 7-0. Wide receiver Ture Nilsson took the hand off and stepped back and heaved the ball downfield to Wikstrom at Norway’s 20. Two plays later Ekberg hit Alexander Nesic from six yards out and Sweden moved out to a 13-0 lead.

It looked as if the lead would hold into the  half but Norway stopped a Swedish fourth down attempt at midfield with less than two minutes to go in the half and Myhrer went to work. Looking sharp, he moved Norway down to the 18 yard line in six plays and then hit Nilsson for a touchdown. Suddenly this was a ball game again.

Neither team could move the ball with any consistency until midway through the fourth quarter when Sweden took over on the Norwegian 37 yard line. Four plays later, Ekberg hit Nesic for an eight yard touchdown and the Swedes took a 20-7 lead with five minutes to go.

Myhrer drove his team down to the Swedish 29 yard line, a drive which included a beautiful 40 yard completion to Lien. But a snap that sailed over his head ended the drive. Norway got another chance, picking off Ekberg at midfield. But that was as close as they got and the Swedes came away with the win.

Sweden will mow face Team France in the semifinal round in the late game on Thursday August 1 while Norway takes on Finland in the consolation round the same day.