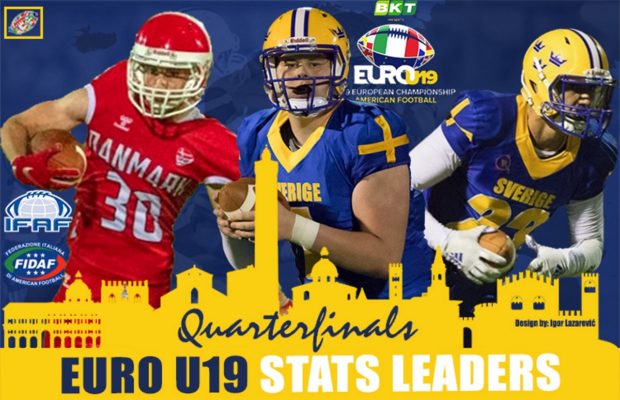 The IFAF 2019 U19 European Championships are underway, and after Day 1 of the tournament it’s pretty clear which teams had their offenses in sync.

Swedish quarterback Viktor Ekberg made his presence known early and his strong arm was apparent from the very first possession in Sweden’s 20-7 win over Norway. Danish running back David Mac Espersen led all rushers, leading his team to a 17-6 victory over Italy while Ekberg’sfavorite target, Victor Wikstrom was the leading receiver after Day 1. 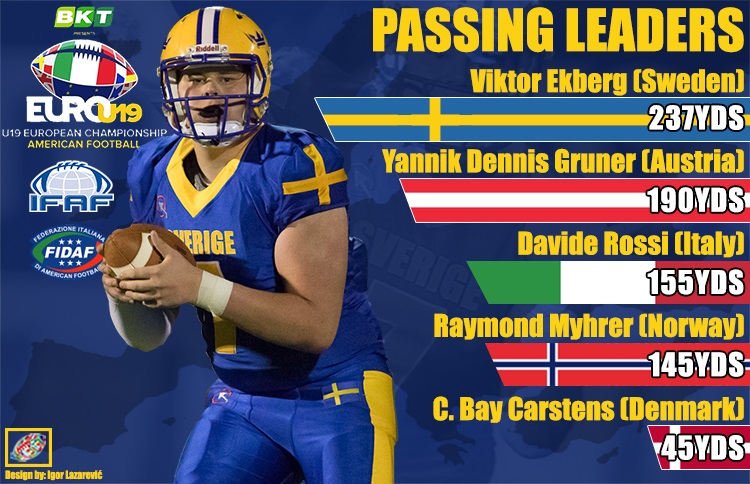 Swedish quarterback Viktor Ekberg opened the tournament with an excellent passing game against Norway completing 22 of 42 passes for 237 yards and 3 TDs topping all quarterbacks. Yannik Gruner from Austria threw for 190 yards in his team’s rout of Spain while Italy’s Davide Rossi was the third leading passing on Day 1 throwing for 155 yards. Raymond Myhrer from Norway had 145 yards passing while Denmark’s Christoffer Bay Carstens was actually the fifth leading passer with 45 yards. 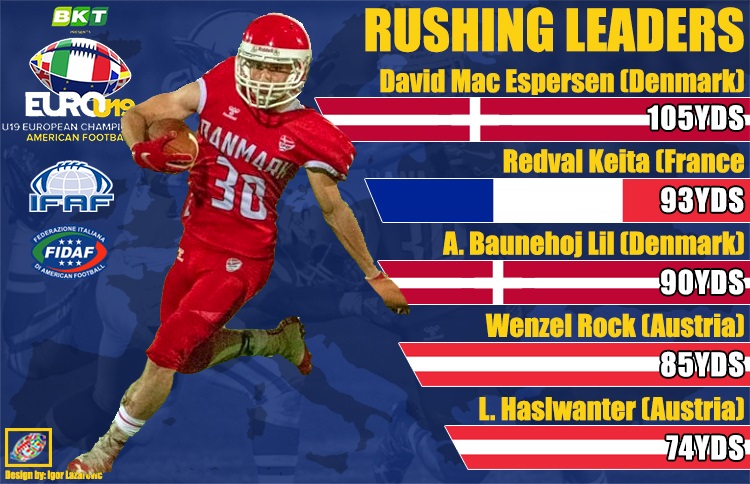 Team Denmark running back David Mac Espersen led his team to a big win rushing for 105 yards on 16 carries to lead all rushers. Redval Keita from France had a big day in France’s win over Finland rushing for 93 yards while another Danish running back, August Baunehøj Lillie was the third leading rusher on Day 1 with 90 yards. Austrian RB Wenzel Rock had 85 yards against Spain, good for 4th while is teammate Lukas Halswanter had 74 yards rushing along with 3 TDs. 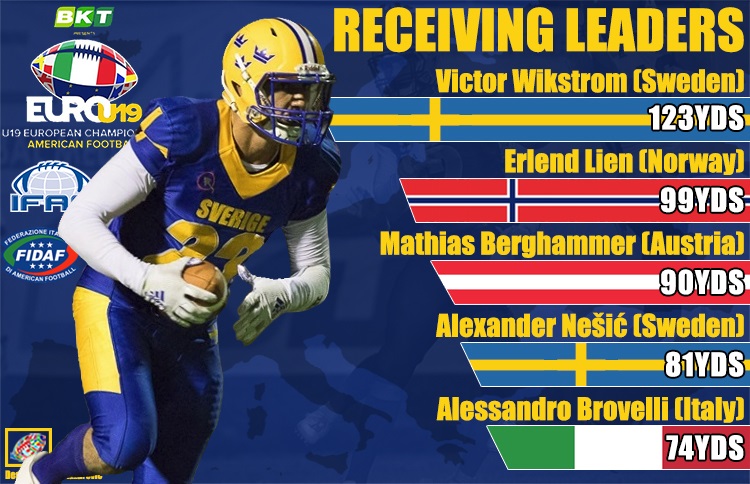 Swedish WR Victor Wikstrom topped the list of receivers on the first day of competition with 8 catches for 123 yards. Erlend Lien from Norway also had a good day catching the ball. He had 4 catches for 99 yards while Mathias Berghammer from Austria hauled in 3 catches for 90 yards a 1 TD, good for 3rd. Another Swedish receiver, Alexander Nesic had the 5th best receiving day with 81 yards while Italy’s Alessandro Brovelli was the 5th leading receiver with 74 yards on 3 catches.