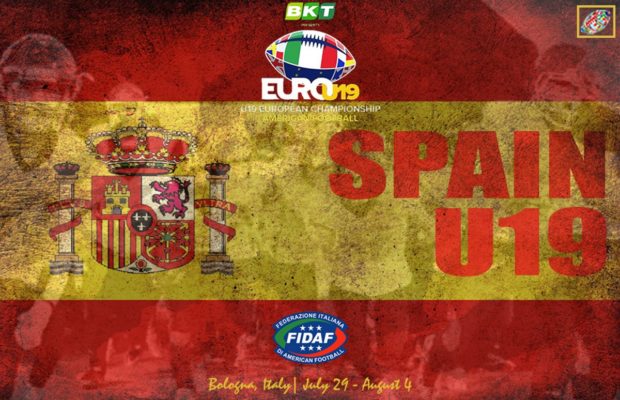 The Spanish U19 national team, Team Spain, has announced its 60 man roster as they prepare for the IFAF 2019 U19 European Championships being held in Bologna, Italy from July 29 to August 4.

The Spanish squad had been beaten by the Netherlands in a qualifier earlier this year, but when Team Holland suddenly discovered they could not make the trip to Italy, organizers turned to  the Spanish Federation of American Football, who were able to assemble a team on short notice.

The Team Spain squad will be trimmed down to 45 before the team leaves for Italy.