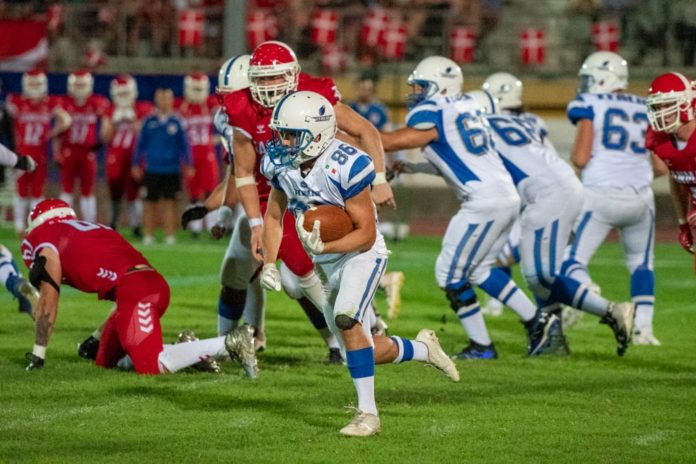 Team Denmark knew they would be facing a fired up Italian national team playing in front of their home crowd, but they overcame the crowd and Team Italy to come away with a 17-6 win in the opening day of the IFAF 2019 U19 European Championships.

The Danes had to come from behind to do it too.  Denmark trailed 6-3 heading into the second quarter before the initial jitters finally started to wear off. Team Denmark took a 10-6 halftime lead and added a fourth quarter touchdown to secure the win.

Denmark’s quarterbacks did not have a stellar day though as Christoffer Bay Carstens and Alexander Schwartz-Kristensen combined for 74 yards passing in total with one touchdown pass. David Mac Espersen was a workhorse carrying the ball 16 times for 105 yards while August Baunehøj Lillie rushed for 97 yards and a touchdown on 22 carries. Denmark outrushed the Italians by a huge margin with 245 yards rushing against 61.

The Danes opened the scoring on their first drive, moving the ball to Italy’s 15 from where Jacob Lindholm Søndergård kicked a field goal giving Denmark a 3-0.

Neither team could move the ball after that until Rossi found Brovelli from 31 yards out giving his team a 6-3 lead.

With Mad Espersen powering the offense, Denmark drove down to the Italian two yard line. Bay Carstens then connected with Andreas Keldskov Paaske for the touchdown and Denmark went back into the lead, 10-6.

Neither team could get much past midfield after that and the half ended 10-6. 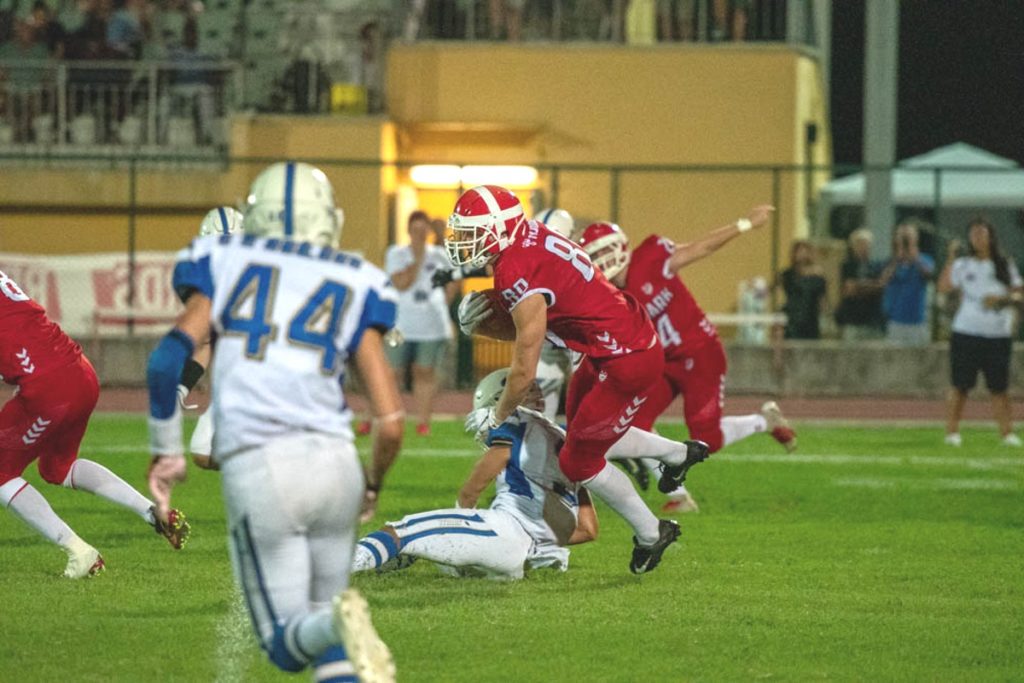 Later in the third quarter, Denmark switched quarterbacks with Schwartz-Kristensen coming in. He  immediately mounted a drive, taking the Danes down to Italy’s one yard line. But the drive stalled there and Italy took over.  A bad punt gave the Danes great field position however withBaunehøj Lillie capping a nine play drive with a one yard touchdown plunge, extending Denmark’slead to 17-6 with five minutes left in the game.

Rossi took over but despite spirited support from the crowd, he could not move his team deeper than the Danish 43 yard line. Denmark’s offense took the field with two minutes left and finally gave the ball back at the eight second mark. A last gasp toss by Rossi to Rinaldi went incomplete and Denmark celebrated.

Denmark now moves on to the semifinal round where they will face Team Austria on Thursday, August 1. 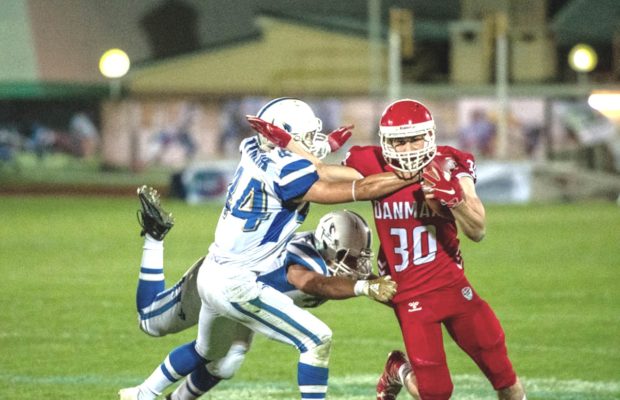