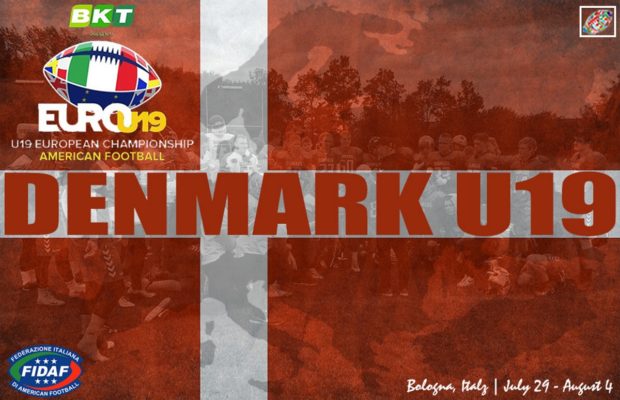 Denmark’s U19 National Team has been whittled down to the 45 man roster that will head to the IFAF 2019 U19 European Championships being held in Bologna, Italy from July 29 to August 4.

The team has just wrapped up its final training camp before departing for Bologna on July 26.

Preparations for this tournament kicked off a year ago starting with a training camp and then followed by the 2018 U19 Nordic Championships where Denmark finished fourth.

This year, the team held training camp over Easter, and then from July 4-7 has been in camp inMiddelfart, Denmark.